Whilst The Hangmen were recording their ninth album 'Debauchery In The Mortuary', new vinyl editions of two previous albums sold out in weeks. Their last studio album rocketed straight to number 4 in the worldwide Psychobilly charts on release, now the anticipation for its' follow up is over. The Hangmen write all of their own material and nail it to a sound that is strikingly raw - one guitar, a double bass and drums topped off with a blood curdling vocal. No effects boards, no enhancements, just savage unique rock & roll from the dark side played loud and sweaty through gritted teeth.

Listen Here or Check Sidebar To The Right

"The Hangmen occupy a strange, dark space. Imagine if The Damned and The Cramps met with Johnny Cash and Alice Cooper to watch The Rocky Horror Picture Show on a bottle of night nurse each. The Hangmen would be the band playing in the bar afterwards - Math Priest, Rhythm Magazine"

Described as an explosive live act with a track record spanning the USA, Canada and Russia via most countries between many times over, they've straddled many ‘Psychobilly’ and ‘Punk’ circuits in their time whilst regularly venturing into unchartered domains for new blood. A trail of sweaty rock dives and a discography hosted by a long list of international independent record labels lay in their wake. 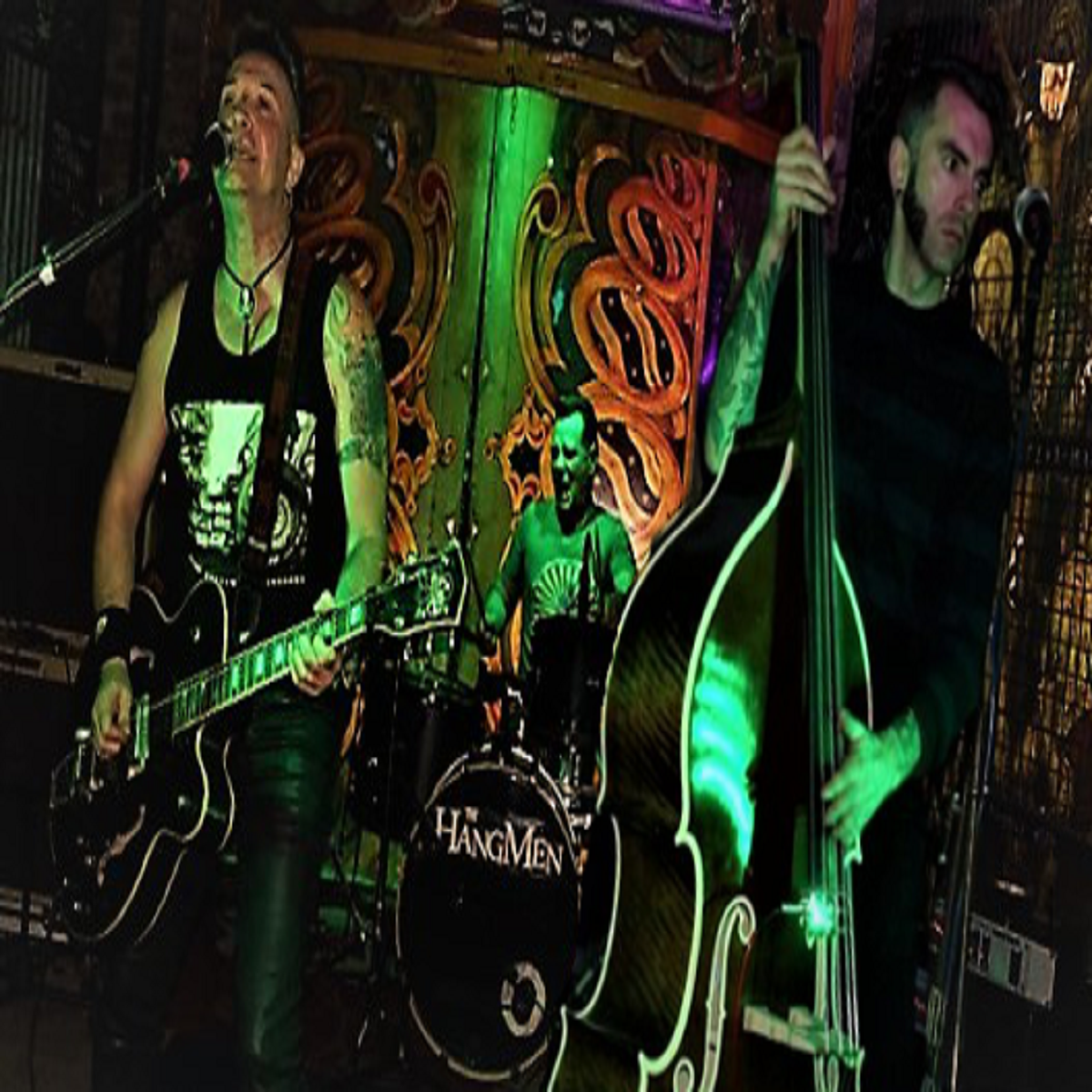 Videos Here or Check Sidebar To The Right 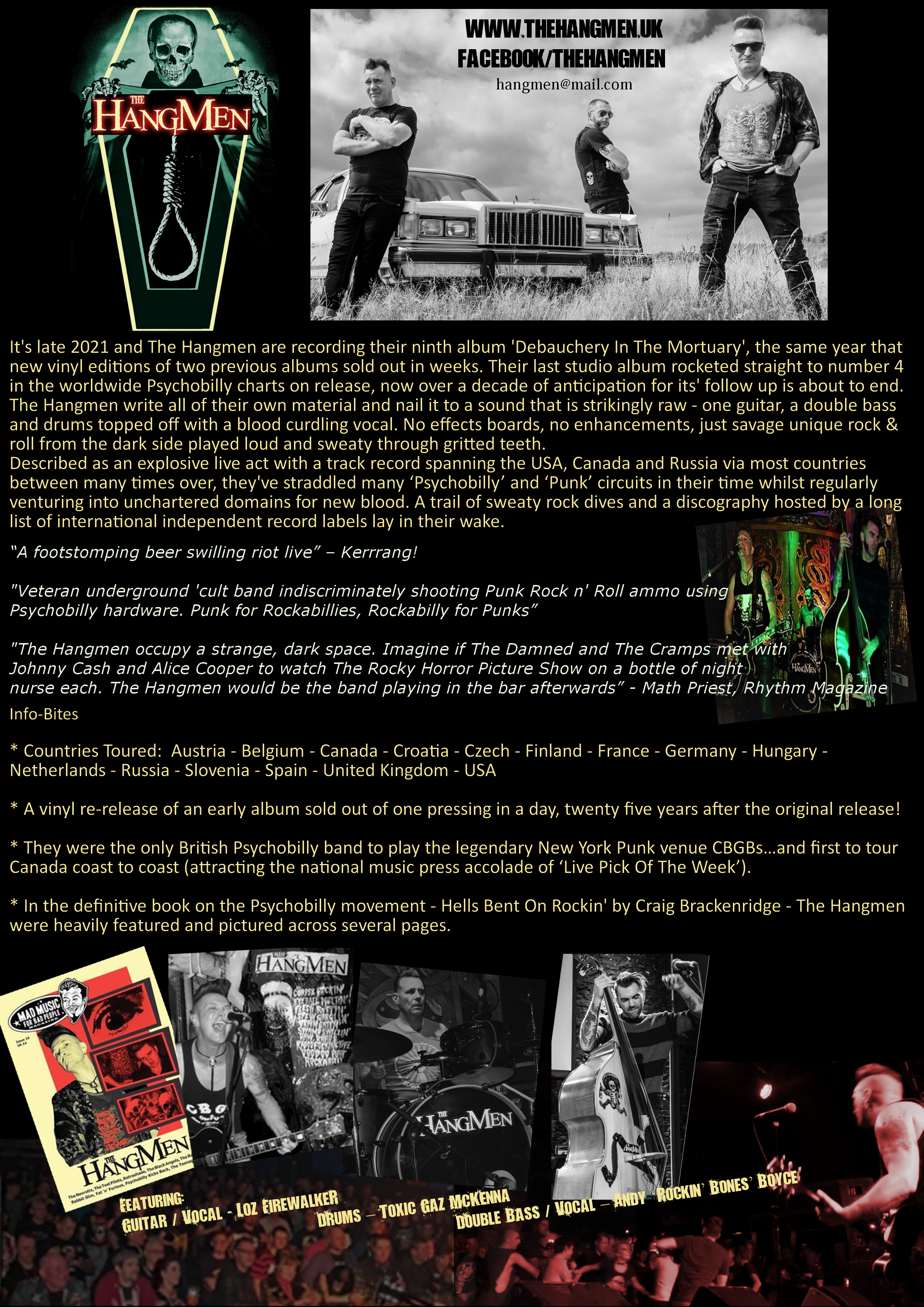 All Downloads Bundle £6.66 Off

Glow In The Dark Embroidered Patch

By signing up you agree to receive news and offers from The Bone Tone Corporation. You can unsubscribe at any time. For more details see the privacy policy.